Letter from the Head of School
Percy Abram, Ph.D.

Letter from the Board President
Steve Rosen '84

Stories of Philanthropy and Community

Your Annual Fund Gifts in Action

Letter from the Head of School 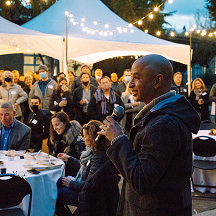 The 2020-2021 school year feels so distant, yet right over our shoulders. We approached the year with optimism and hope, flexible in our planning and fluid in our thinking. Keeping our community whole was our priority, and in order to do so we committed to being nimble, took on new roles, and learned to let our fears and anxieties flow all around us. Like water.


Letter from the Board President 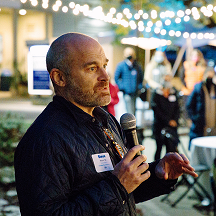 I am filled with gratitude for the way in which our community came together to support the school during a time of great uncertainty. For so many families, businesses, and organizations across the country, the pandemic often made it difficult to know what tomorrow might bring. Through your support, we were able to lift up this place where our children spend so much of their lives learning, growing, and building connections.
READ MORE

Thank You to Our Donors

Each year, we are so proud of the number of people who give their time, their financial support, and their talents to build an incredible community. Thank you to everyone for your contributions. We could not do this without you!

Great care has been taken to ensure the accuracy of this report. If we have omitted or misspelled your name, or if you have any name, address or family information changes, please contact the Bush Development Office at development@bush.edu.

We invite you to view secure lists of our contributors for the 2020-2021 school year.


Members of The Bush School community received an email with the password to this section.  If you are a member of the Bush community and would like access, please email us at development@bush.edu to request the password.

Stories of Philanthropy and Community

Your Annual Fund Gifts in Action

This year with your support, The Bush School raised a total of $5,474,019 in philanthropic support. This included $1,897,962 in support of annual operations (through the Annual Fund and Celebrate Bush), $717,407 in support of the endowment, and $2,858,650 of gifts and pledges in support of the New Upper School Building and Education Master Plan.

Total operating revenue for the year was $27,954,730 and came from tuition and fees, philanthropic support, auxiliary income and investment return.

The endowment is an important part of the school’s overall fiscal year performance. Assistant Head for Finance and Operations Robin Bentley underscored this, sharing: “Endowments are considered a hallmark of financial sustainability.” Our donors’ commitment to the endowment supports the school’s vitality and solidifies their legacy with the school.  The value of Bush’s endowment as of June 30, 2021 was $26,583,818.

Members of The Bush School community received an email with the password to this section.  If you are a member of the Bush community and would like access, please email us at development@bush.edu to request the password